he Dark Emperador marble presents several different variations, in which all grades are defined by the original source – quarry or supplier. As a result, the possibility to establish a standard universal grading has become impossible. Also, there are many lower quality variations that can be easily misjudged for first-grade.

The Dark Emperador marble is known for its sophisticated and elegant attributes, such as its overall natural brightness and deep dark colours. The popularity of this marble has drastically increased during the past few decades and it is fairly appreciated by architects and decorators all over the world. However, it’s not always easy to select and purchase this type of marble, simply because it requires a professional insight to distinguish the numerous existent variations. As it often happens in the world of natural stone, the lack of grading standards is frequently used as an advantage for many suppliers and distributors to sell second-grade quality products for the price of higher ones. This point combined with the inexistence of a standard variation system for the Dark Emperador makes it extremely difficult for clients to differentiate qualities and specific variations, since it requires a deep knowledge about the marble itself and the evolution of its respective extraction. To simplify this selection, we present the five most common Dark Emperador variations that can be currently found worldwide. 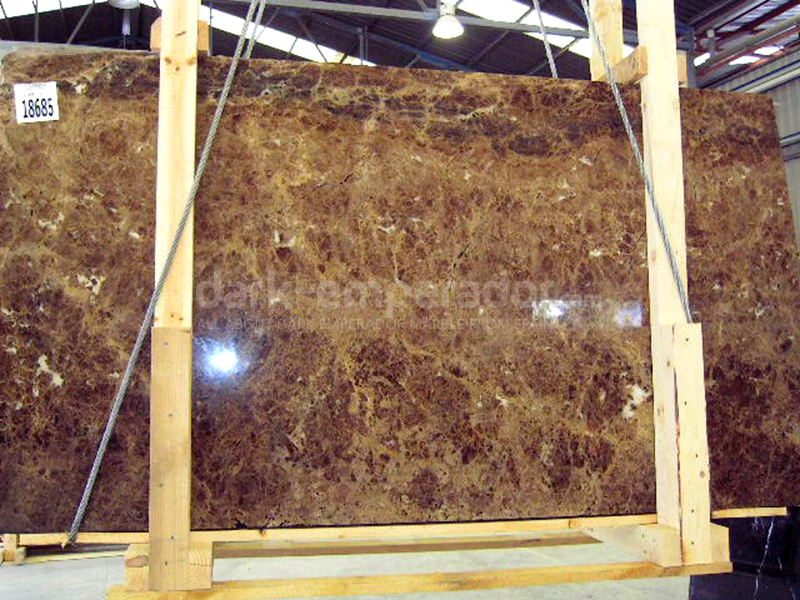 – A more stable type of Dark Emperador, with less color tone variation;
– Also little signs of white calcite, if compared to lower selections;
– Has quite a dark brown colored background;
– Quantities for this variation are also high.

– Higher grade Dark Emperador, with more uniform background;
– Uniform color tone and hardly any white calcite;
– This marble is a step above the Commercial in terms of selection;
– Quantities are more limited.

– Top selection of this brown marble;
– Very uniform color and background;
– Ideal for smaller projects;
– Quantities for this variation are quite limited.

There are numerous possibilities to combine coloured marble. On this v…

How to choose Spanish marble

There is today an abundant choice of Spanish marble, in particular whe…